So I recently purchased my first large format camera from a Japanese re-seller on Ebay. I know some people advise against it but I’ve purchased many cameras from Japan and, apart from having to pay the import tax, I’ve had nothing but good experiences.
I’ve been taking photos since 2014 but I only became interested in film photography in 2019. My first film camera was a Minolta X-700 SLR which I still have and still enjoy using. Like most people who get into film photography, I soon started looking into trying my hand at shooting medium format. In fact I actually started a YouTube channel at the beginning of 2020 to document my journey through film photography and discuss my opinions on the various medium format film cameras I was renting at the time, to try to help me discover which would be the best camera for my needs (which are predominantly portraits and landscapes).

After months of testing out various medium format film cameras, including 645, 6×6 and 6×7 formats, I eventually ended up on settling for the Mamiya RB67. I actually preferred the Mamiya RZ67 but at the time I wasn’t able to afford it. I’ve since falling in love with the RB over the RZ however few a few reasons including the fact it is fully mechanical, which means it’s much less likely to fail on me. Like most photographers out there, I suffer horrendously with GAS…  I’m constantly looking to acquire new camera equipment in the vain hope it will either inspire me or somehow make me a better photographer (spoiler alert… it won’t). It’s a funny thing because even though I know it’s happening and I know it’s a pointless endeavor, for some reason I just can’t stop myself from always looking at new gear! To be honest, when I look back at my photos, in my opinion, the best work is usually taken on the cameras and lenses that I’ve owned for the longest. Probably because I’m most comfortable using them. So my advice to anyone reading this (and to myself) is to be happy with what you have and just try to truly master that before looking for the next piece of gear.

Anyway, around rolls the spring of 2021, covid is calming down in the UK, restrictions are easing up and after completely ignoring my own advice about sticking to what you have, I now found myself completely obsessed with the idea of trying my hand at large format. After a few months of researching (and by that, I mean reading a couple of online blogs, forum posts and watching a few YouTube videos) I decided I was going to purchase a Toyo 45a large format field camera. I found a great deal on eBay that came with the camera body, a 135mm f5.6 Fujinon lens, and 5 film holders. After waiting patiently (it literally took a few days… (it’s crazy how quickly you can get something delivered from Japan these days) my new camera arrived. After opening the box and attempting to set the camera up I very quickly realised, like with most things in my life, I had absolutely no idea what I was doing. Luckily we live in a world where we literally have an endless supply of knowledge at our fingertips and a few quick google searches and YouTube videos later I was now a master large format film photographer! Let’s just ignore the fact that I wasted around 6 sheets of film just trying to take my first photo. Just silly mistakes like loading the film wrong in the holder, forgetting to close the lens before taking the dark slide out, loading the film emulsion side down into the developing tank etc. All things I could have avoided had I just taken my time to properly research prior to using the camera, but to be honest that’s not how I learn. I’m someone that needs to make their own mistakes.

I’ve now been using the camera for about a month and I must say I have been enjoying using it immensely. One of my favourite things about film photography is how it makes you slow down… and I can tell you now it doesn’t get much slower than shooting large format! The entire process is so slow and methodical it really does make you think about every single aspect of your photo before you finally get around to clicking that shutter. Camera settings, composition, lighting, story, subject positioning, etc… these all become a much more important thing when you know you’ve only got a limited number of photos and that each one is costing you quite a bit of money! But for me, that’s what makes shooting film and large format that bit more rewarding. That extra effort you have to put in to create a pleasing image.

I recently had my first large format portrait shoot with the Toyo45a which is actually why I’m writing this blog, as the photos were seen on the pixl-latr FB group. Up until then, I had only taken a few photos of my family and a couple of landscapes.

For the portraits, I shot eight sheets of Black and White Ilford films… four sheets of HP5, and four sheets of FP4. I developed them in Ilfosol 3 at 1:9 and ‘scanned’ them using my Fujifilm X-T3 mirrorless camera, a tripod, a Kaiser slimlite LED panel, and the pixl-latr film holder to hold the 4×5 negative flat. I take two photos of the negative and then stitch them together in Lightroom before converting the negatives with Negative Lab Pro. 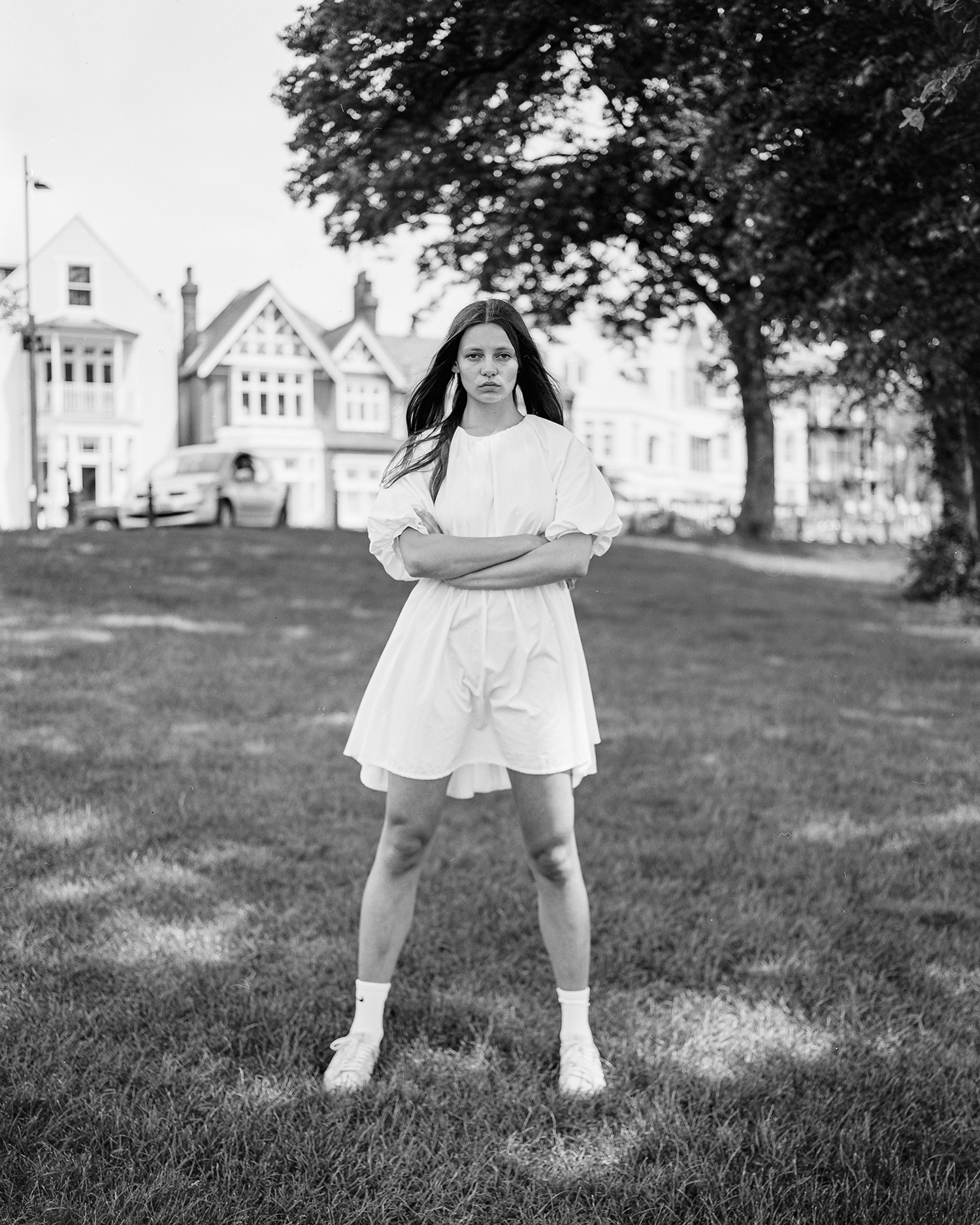 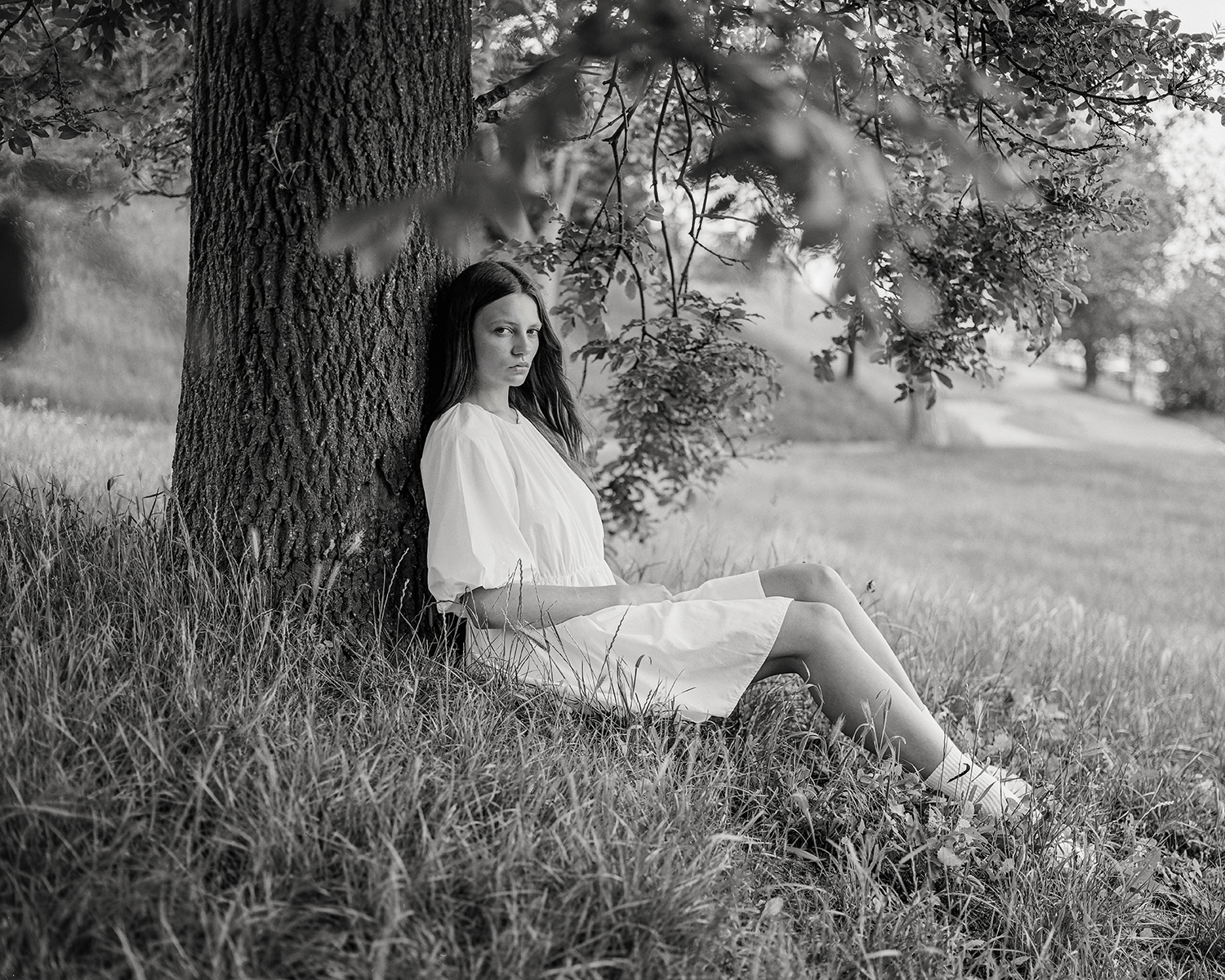 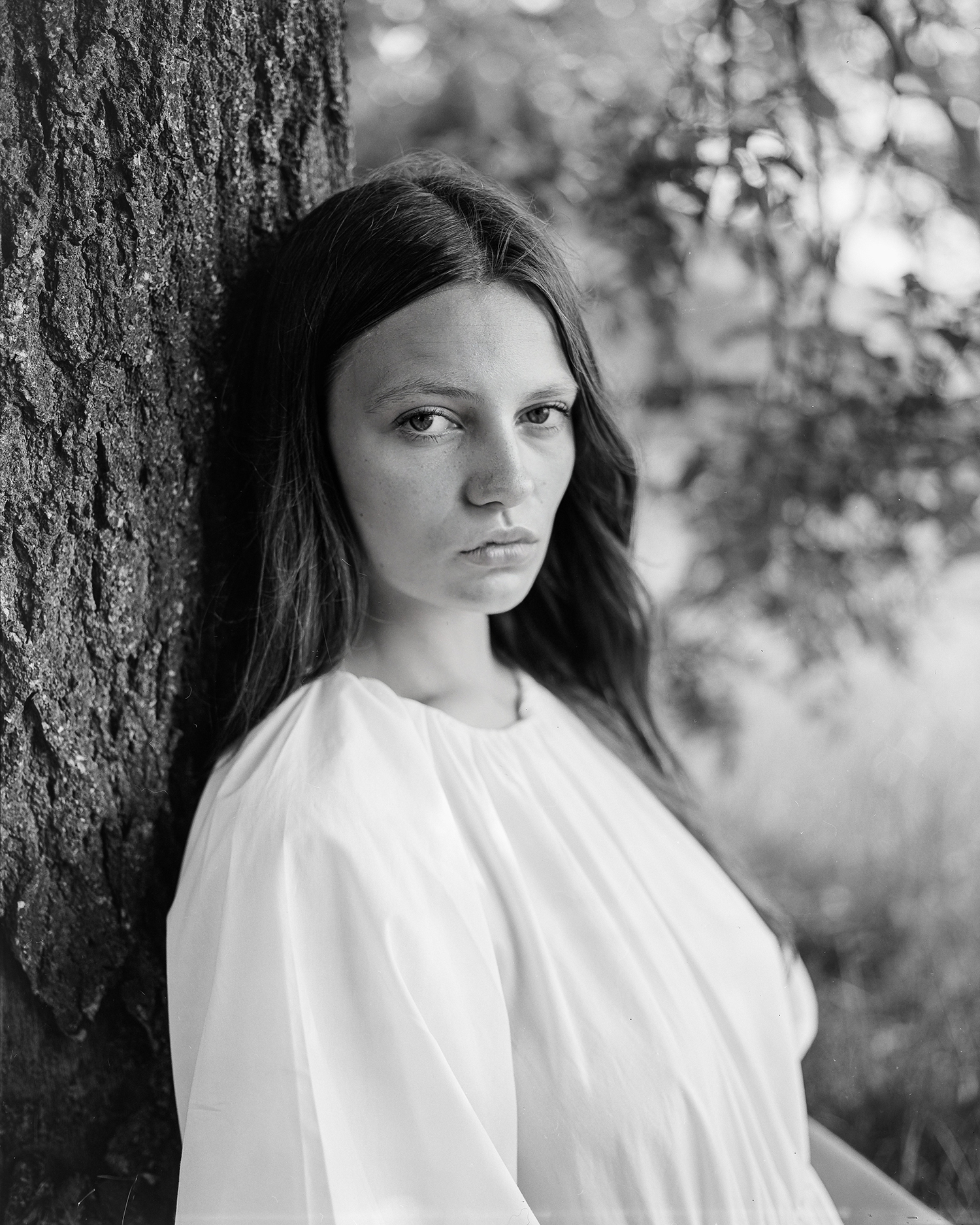 My end goal is to start making prints straight from my negatives but for now, being able to digitise the negatives so I can share the images online and have copies of them is the next best thing and super easy to do. I’m 100% happy with my setup for digitising negatives and couldn’t fault the pixl-latr negative holder at all. For the price and what it does, it’s pretty perfect for my needs. 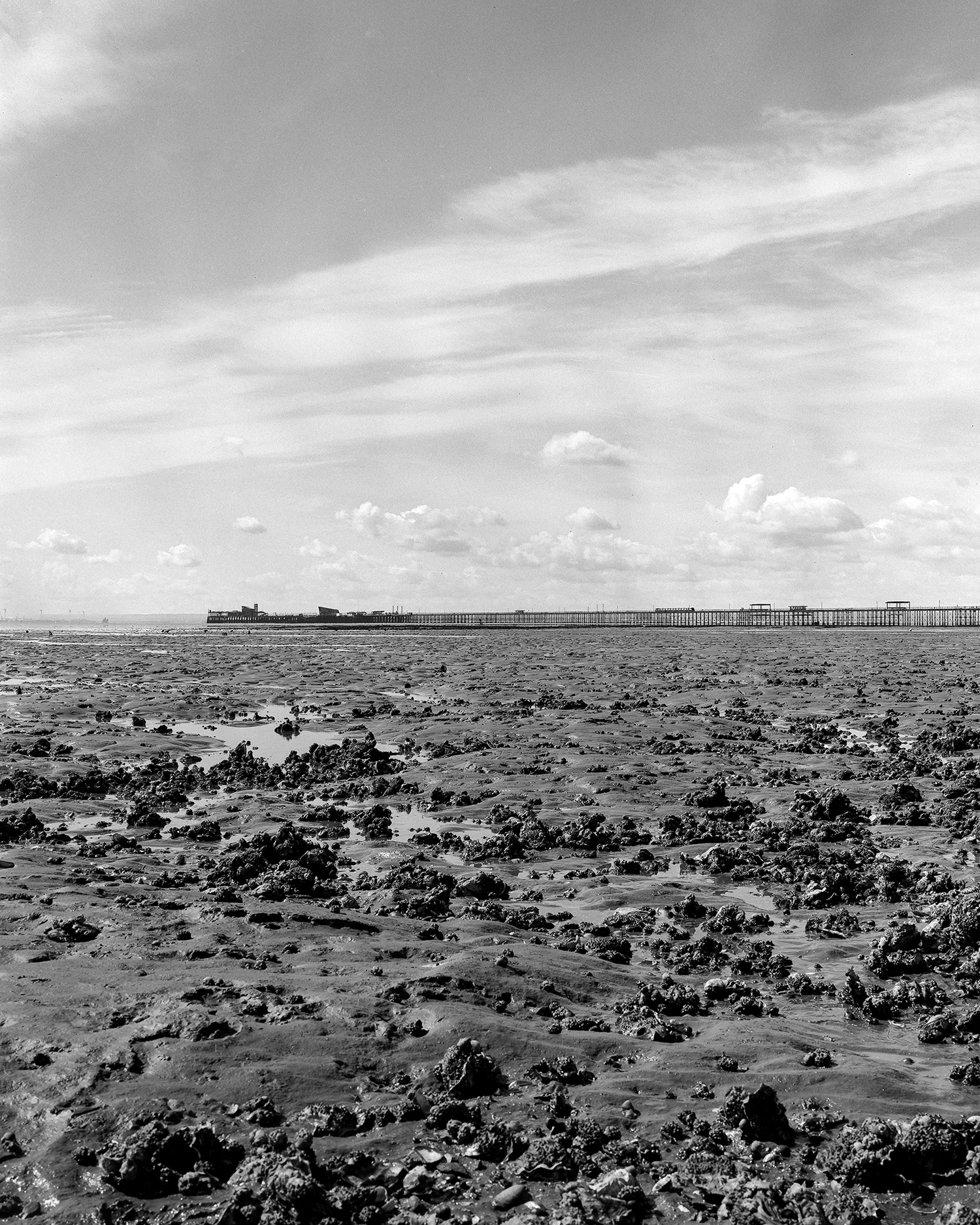 I’m really looking forward to shooting more 4×5 going forward and gaining more experience and knowledge using large format cameras. I’ll be sharing more videos of my journey along with future project ideas I have in mind on my YouTube channel and Instagram account.

Thanks so much for writing this Tom. Incredible portraits too, I look forward to seeing more of your LF adventures!